Remember the secret room we discovered? Well, it leaks. And Sunday night it was lashing rain, so Monday yielded an adventure to the gully where two roofs meet. It was filled with moss and ferns, so water wasn’t draining properly. We filled five wheelbarrows with the debris! It was a glorious day, and the sun felt so nice as we worked. Wednesday’s forecast is heavy rain, so we’ll find out then if our efforts improve the situation.

Last week we cleared out the smaller room on the third story, which will eventually be a visual arts studio. (The larger room will be for movement, but was used as attic storage and thus is full of stuff.) We discovered the room actually had a fireplace at one time.

Because it is the most unfinished part of the house – still showing the stone walls and the rafters, it’s where I find it easiest to imagine the house’s history. I wonder if this floor is where the RIC men stationed at the barrack would have slept? It was incredibly dusty up there, and popular with spiders, but now is open and clean. The floor needs to be painted, and eventually we want to expose the stone walls. 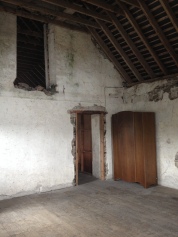 I’m looking forward to having a place to work out on bad weather days, as well as my own home studio for making dances in. It’s something I’ve wanted for so long and now it’s happening – that reality is only hitting me now, as I write this!

It’s been a long two-weeks since my last post. I’ve learned that slugs can be anywhere. Like in your kitchen, bedroom, or on your roof. I don’t particularly care for slugs.

I discovered that we have wild watercress growing alongside the river. We got business cards printed for Greywood Arts. We are hoping to get a proper website soon though, so stay tuned. We are in the

process of filling our second skip (dumpster) and it finally looks like some space is being made downstairs. People here have been incredibly warm and kind. One neighbor volunteered his van to take a big sofa set to a charity shop for us.  Another couple invited us to Sunday lunch and to watch the gaelic football. It was our first invitation in the village, and it really makes it start to feel like home!

I also learned just how small Ireland really is. People keep telling me you can’t go anywhere in Ireland without meeting someone you know. We finally got bikes, and Red Barn Strand (strand=beach in Ireland) is a 30 minute cycle from our house. After a walk along the water, checking out the myriad seaweeds and shells, we sat on a grass embankment above

the beach. A family settled on the sand in front of us, and it turned to be my in-laws’ neighbors from the lane, Joe & Paula!!! If we’d left five minutes earlier, or if they had sat ten feet further down, we would have completely missed each other! Paula is also American, and she gave me some great advice about setting up house here. Running into people you know unexpectedly happens from time to time, but that was the second time that week we’d done it. We spent two nights in gorgeous Dingle (it was Hughie’s birthday present) and went to a pub with a traditional Irish music session on. A man came in, sat down with his back to us, and joined in on the fiddle. Hughie said “that’s Brian from Fitzpatrick’s [in Montpellier, Fr]– I recognize the way he plays.” I admit, I was skeptical that Brian, who is Irish but lives in France, would just happen to be sitting in the same pub as us out on the Dingle Penninsula. But it was him! And we were delighted to hear him play.

Ireland has agreed to let me stay for a year!!! I have permission to work, too. As a spouse, it is an incredibly straight forward process. We brought our passports, marriage license, and proof of joint address to our appointment at the nearby Garda (police) station, had my photo and fingerprints taken, and we were done in half an hour. No fees. In a few weeks I can go collect the Irish equivalent of a green card, less all the time, stress and expense involved in the U.S.

Our dear friend Cian brought us the most thoughtful and somewhat outrageous housewarming gift: a hammer drill with a chisel bit. Yay power-tools! And yay Cian! He’s driven down from Wicklow multiple times to help us with the house, and is sharing his engineer knowlege to help us create our plan of attack for renovations. He’s also drawing up a schematic of the house, which I’ll share when it’s finished.

I keep meaning to make these short, but I want to share everything! It’s hard for me to prioritize, but I want people to actually read the posts. I also want to create a record of how our project develops. You can let us know what sorts of things you’d like to see on our blog in the comments.

Now, back to filling the skip and chipping plaster off the dining room walls! 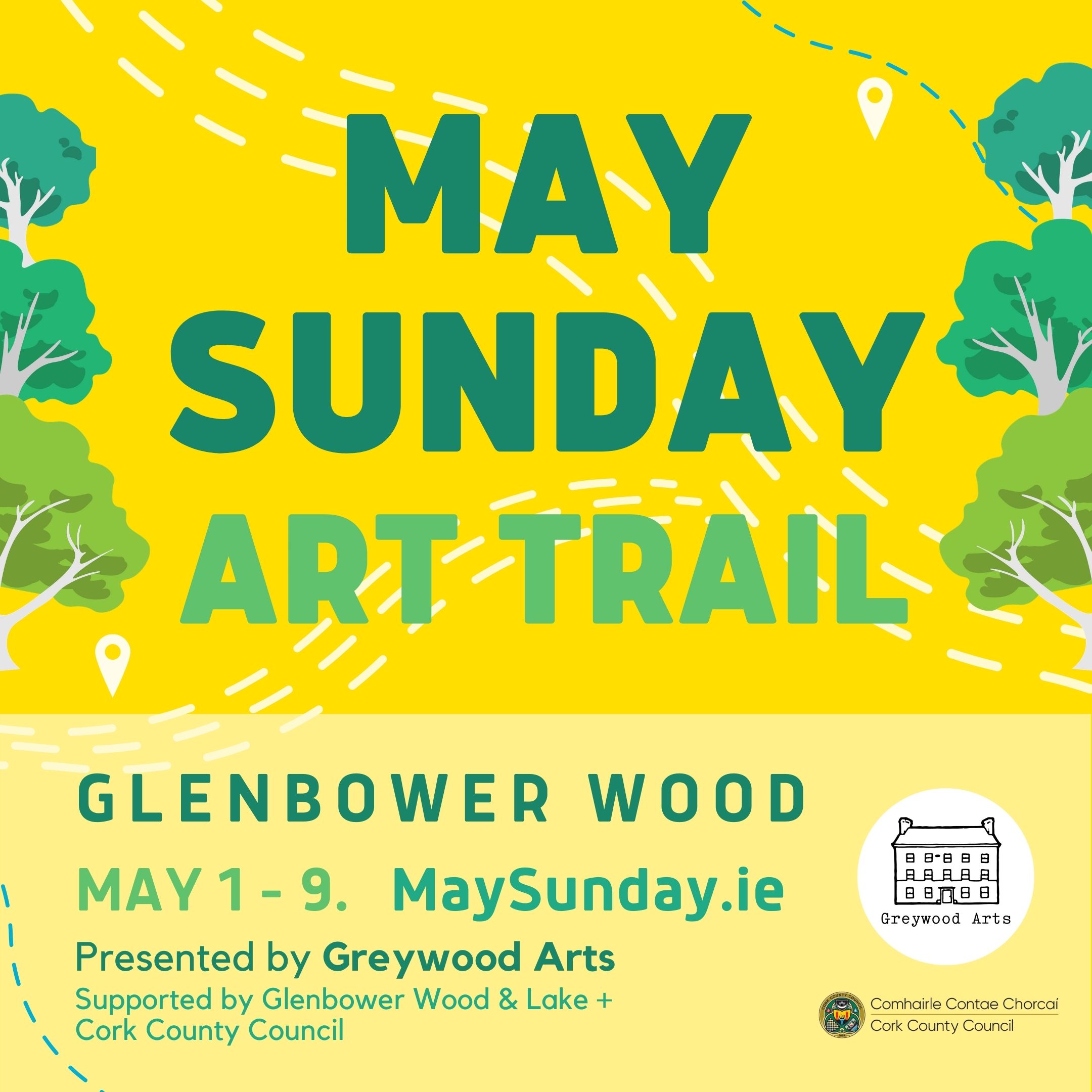 This time last week! We had The Rubbish Performance performed in Glenbower Wood for the May Sunday Art Trail