February’s artist-in-residence, Burlington, VT based Clare Byrne, just can’t stay away from Ireland! This August, she returns with friends Dan Strauss and Remy DeLaroque of the Brooklyn, NY based duo Ink the Octopus for an evening of folk rock.  Photographer-in-residence, Youghal native Aissa Lopez, will be on hand to talk about her work-in-progress.

Join us on Wednesday August 2nd at 6:30pm. Admission is a suggested 5 euro donation which will go to the musicians. Food & drink will also be available for a small donation. 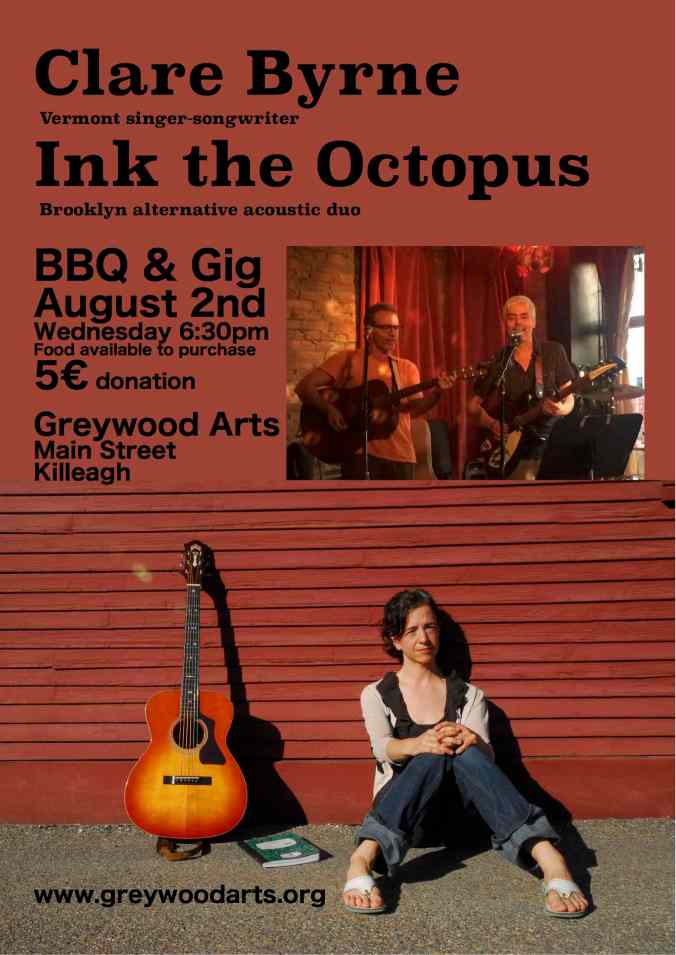 Aissa Lopez is currently based in Gothenburg, Sweden. She has a Masters in Fine Art from the National College of Art & Design, Dublin and recieved her BA from The Crawford College of Art & Design, Cork. Her current work uses sculpture and photography to explore issues around the domestic space. She will be working in response to the architecture of the Greywood Arts building while here. Aissa is interested in how buildings can become loaded with meaning which ties into the concern in her work of belief; be it religious or ghostly in nature or in connection to folklore, memory and the stories we tell ourselves.

These photographs are of paper model reconstructions, based on places the artist has lived. 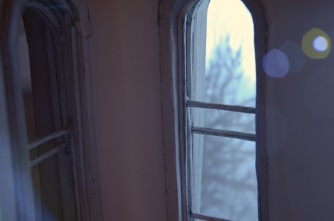 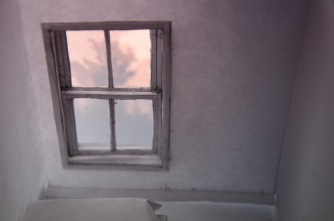 What happens when a Vermont country-based singer-songwriter and an urban alternative acoustic duo from Brooklyn, NY come together for a common purpose? A week of musical exploration and touring in Ireland 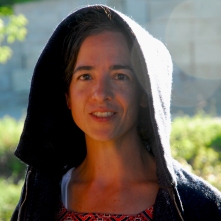 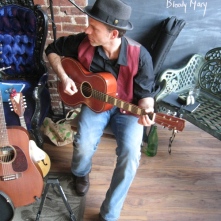 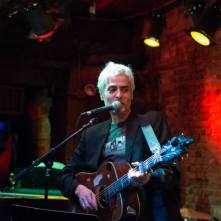 Listen to an interview with Clare about her time at Greywood Arts & the upcoming concert on ArteFact Radio:

Byrne is a lifelong contemporary dancer and choreographer who picked up the guitar six years ago and began a second career in music & songwriting. Remy De Laroque started a career as a singer in the French band Dyva, signed to the French Record Co. Carrere. He moved to NYC and collaborated with Rebecca Martin and Rew in addition to promoting his own career. Dan Strauss is a connoisseur of instruments who calls the recording studio his true home. He began learning piano as a boy by playing Springsteen and Beatles songs, eventually taught himself guitar and began writing songs in his twenties. danstraussmusic.com

Though they have always supported each other musically in New York City and Vermont. DeLaroque and Strauss formed Ink The Octopus in 2016 to truly merge their musical journeys and are releasing their debut EP this summer. Byrne also released her first EP, Seed in May 2017, in a recording and release party that included Strauss and DeLaroque.


Won’t be in Killeagh on August 2nd? You can catch them Elsewhere on their Irish tour: 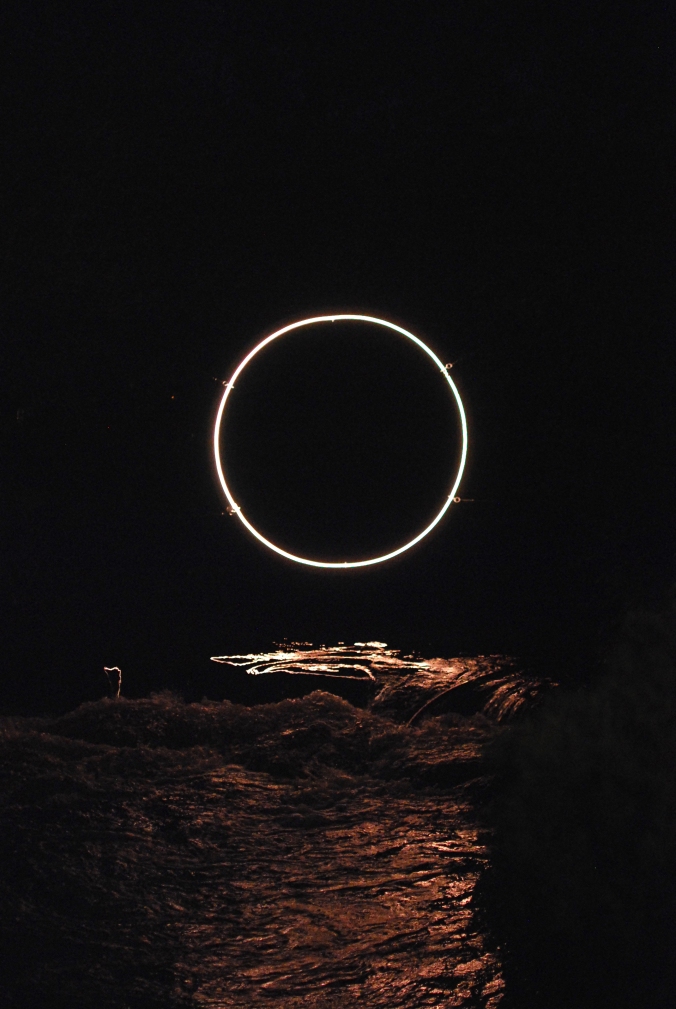 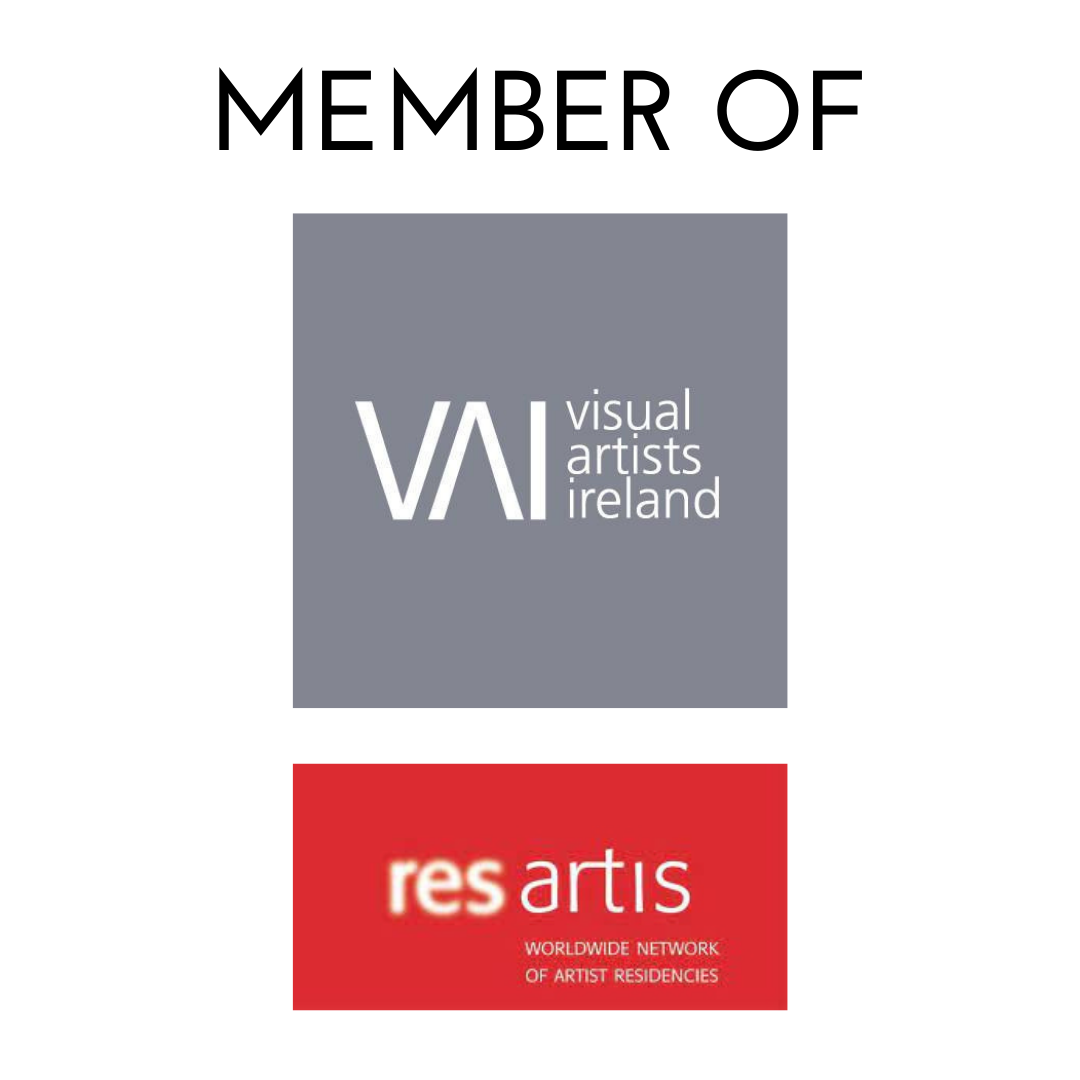