I’ve been trying to write this post for three weeks now, but can’t seem to find the words. If you’ve been following along with this blog, you already know we’ve been working on the house for two years. You have a fair idea of all the work that’s gone into creating the space now known as Greywood. You’ll know we began hosting artists-in-residence back in February, and perhaps you were even at our Opening Celebration July 1st.

It’s taken some time to process everything that’s happened since moving to Ireland in 2015. We were pretty wrecked after the Opening. And we wanted to spend some quality time with our intern, Samantha, before she returned to Belgium. It’s not the same without her here – she is sorely missed!!! But now, sitting in the library with the cat on my lap, let me tell you how it went.

Three weeks later, people are still commenting on how much they enjoyed the Opening Celebration. Anna Mitchell’s concert under the marquee was a highlight of the evening. Everyone loved her voice. Ilse de Ziah was playing cello in the library as guests came in, and the Exile Micro-bookshop was beautifully on display there as well. It packs up into two little vintage suitcases. People really took their time looking at the Greywood House history exhibition Samantha Agneessens put together in the Movement Studio. Naomi Litvack gave a wonderful talk about how she spent her time as artist-in-residence in the week leading up to the Opening. She opened up the floor for questions and engaged with attendees. Natasha Bourke’s performance art alter-ego, Coneface, appeared and disappeared throughout the night. Childrenwere especially taken with it, joining in at times. We were really pleased with the food, which we catered ourselves. 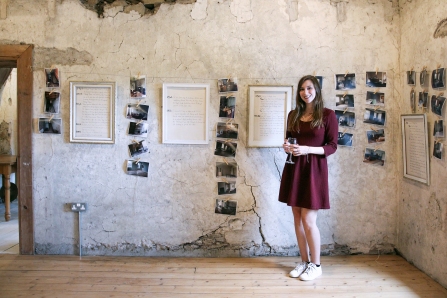 East Cork Journal and the Irish Examiner both sent photographers, plus we had the fantastic Amanda Bimonti on hand for the entire evening. All photos in this post are by Amanda and more can be seen on her Flickr page or on our facebook. 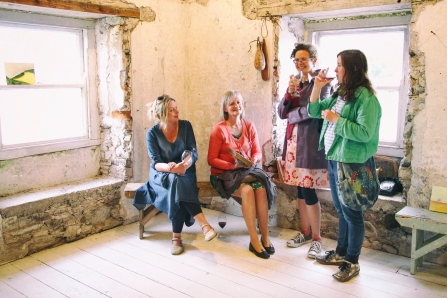 There was undoubtedly a festive feeling as approximately 100 people filtered through Greywood. Visitors of all ages traveled from as far as Dublin, though most were from East Cork and Cork City. We were honoured to have our local TD, Minister David Stanton, give a brilliant speech before the champagne toast.

I think we’re all blown away by this – it’s absolutely fantastic. I want to thank Jessica and Hughie for the invitation here this evening – for your vision, and for your hard work of what you’ve been doing here, and for what you’re going to do, which is even more inspiring.

How great is it to be thanked not only for what you’ve achieved, but recognised for what you’re trying to do in the future???

It’s easy for us to walk around the house and see only the things that still need doing. It feels so good to have people come in that knew the house before the builders, or saw it as just a dusty stone shell, and to see their reactions. It’s incredible to look back at photos from when we first bought the house, and be really proud of how far we’ve come. Because we started out looking at even larger buildings, this one seemed manageable in comparison – but we have been reminded that what we took on was still an enormous challenge! 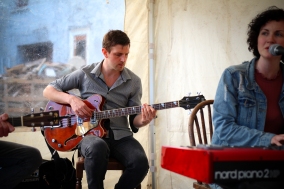 I’d like to share a message from our friend Lisa, who volunteered at the door that night:

It was a beautiful evening. What you created was and is so special. People recognise this. I heard such beautiful comments as they came in and out. I felt very proud to be a part of it all. 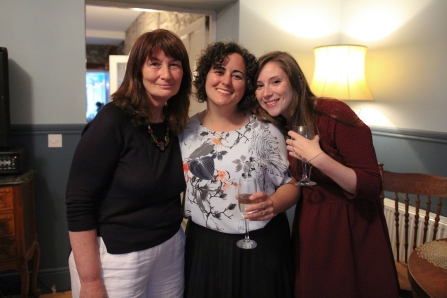 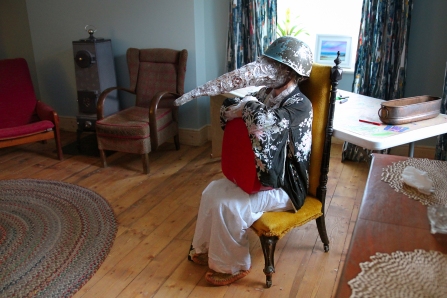 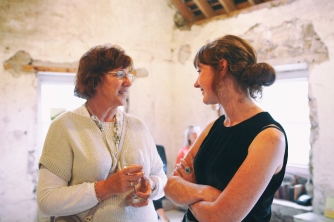 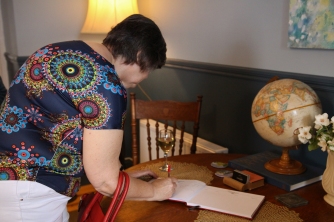 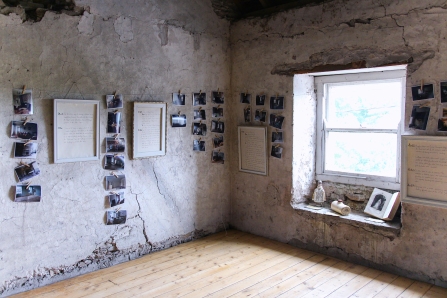 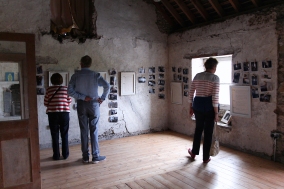 We’re proud too, and grateful to the community of well-wishers supporting our vision.  We’re taking a moment to savour that feeling. But only a quick one – there’s so much more to do! 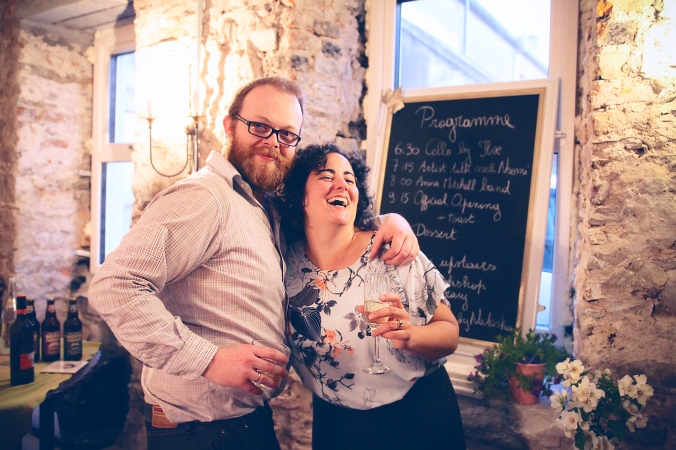 Update 28/7: Listen to some sound bytes from the Opening on ArteFact radio – thanks Éanna!